Knives of Crete are famous even outside Greece. Among other things, they are also a gift for the Cretans. Proof of this is that they are carving mantinades on many of them. 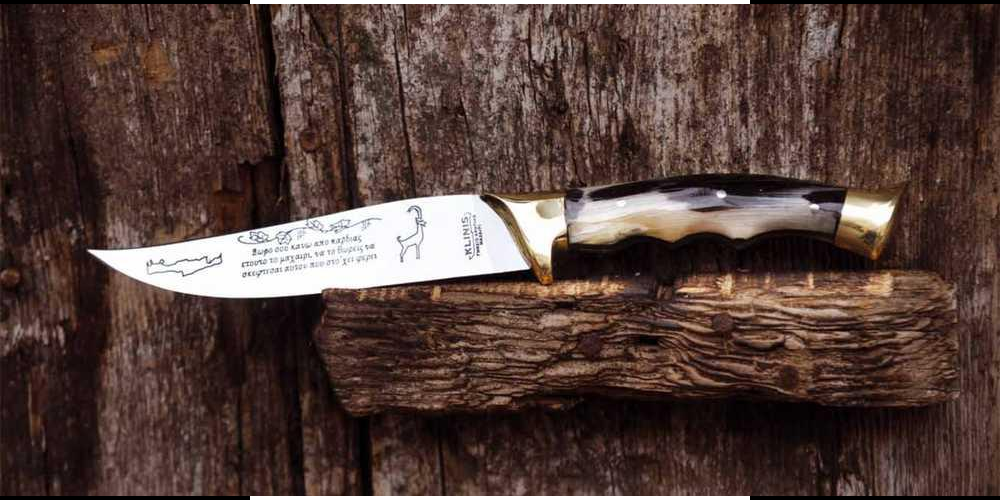 The typical Cretan knife in the form it retained until our time, was born at the end of the 18th century and has a shape that resembles a “shuttle”. His characteristic figure was enthusiastically inspired by the Cretans and resisted over time. Fire, anvil, steel, hammer, long-arm pliers and the craftsman’s craftsmanship are the necessary elements for the construction of the Cretan knife. Its steel blade is solid and has only one edge, while the opposite side of the knife is planar, reinforced towards its base and gradually tapering as it approaches the edge to reach an acute edge .

The shape of the blade is straight, the side of the cut shortly before the end of the blade becomes heavily curved and ends at the tip, which has a slight upward inclination. The length of the blade varies. In the middle of the 19th century, the Cretan knives made over-sized knives, the length of which reached up to 0.80 million meters. These huge knives could also be used as spades. The constructional peculiarity of the cutting edge of the Cretan knife results in a great drilling capacity. In the 19th century, the knife was making the steel itself, the raw material for the blade. Today the raw material is a long-made conical blade made of steel that is bought ready for trade. The process starts by cutting the piece to the length we want, shaping it with scissors or scissors around the shape of the blade, the flame and the forging of the piece, the finishing on the wheel and the polishing of the back. The socket for the blade is made in the blade, it is drilled to pass later the rivets and the ridge with the characteristic traditional designs is carved.

Then the painting of the blade takes place until the color is deep orange (about 1500 degrees Celsius), allowed to cool because it is steel air, while other steels want to be poured into the water or oil, is rubbed to become abrasion, sanding with sandpaper to be polished and whole with pure wax. With a sharp tool, the pattern is sculpted on the waxed surface, acid is poured on the engraved patterns, and so only the engraved points are “eaten” by the acid, and thus the patterns are created. Then the blade is well washed and ready to fit the knife.

In recent years the Cretan knife seems to be reborn. Today, after many years, a complete Cretan knife with a blade and a case (leather or silver) can be made to match the old ones.

Τhe Cretan knife, it is the sign of friendship that constitutes this formally lethal means.

This is also reflected in the mantinades that the Cretans blaze on the bridges, thus perpetuating the spirit of hospitality and friendship that governs the island.

Find great Cretan knives in www.cretaneshop.gr and choose what you like! 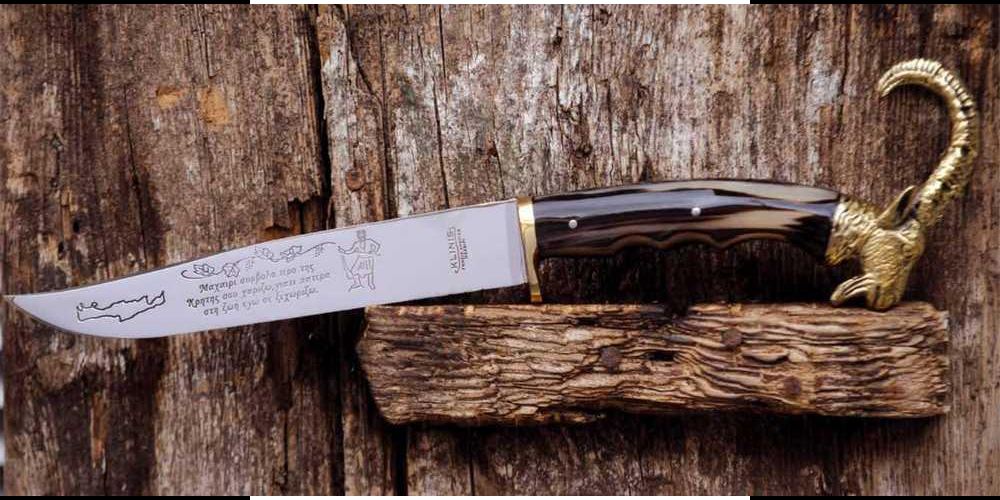